Hi Friends!
Thanks so much for stopping by! I am so excited to share some birthday shenanigans with you today!
Monday was my 28th birthday and we had a birthday party in the classroom!
Say what?!
You seriously threw yourself a birthday party? 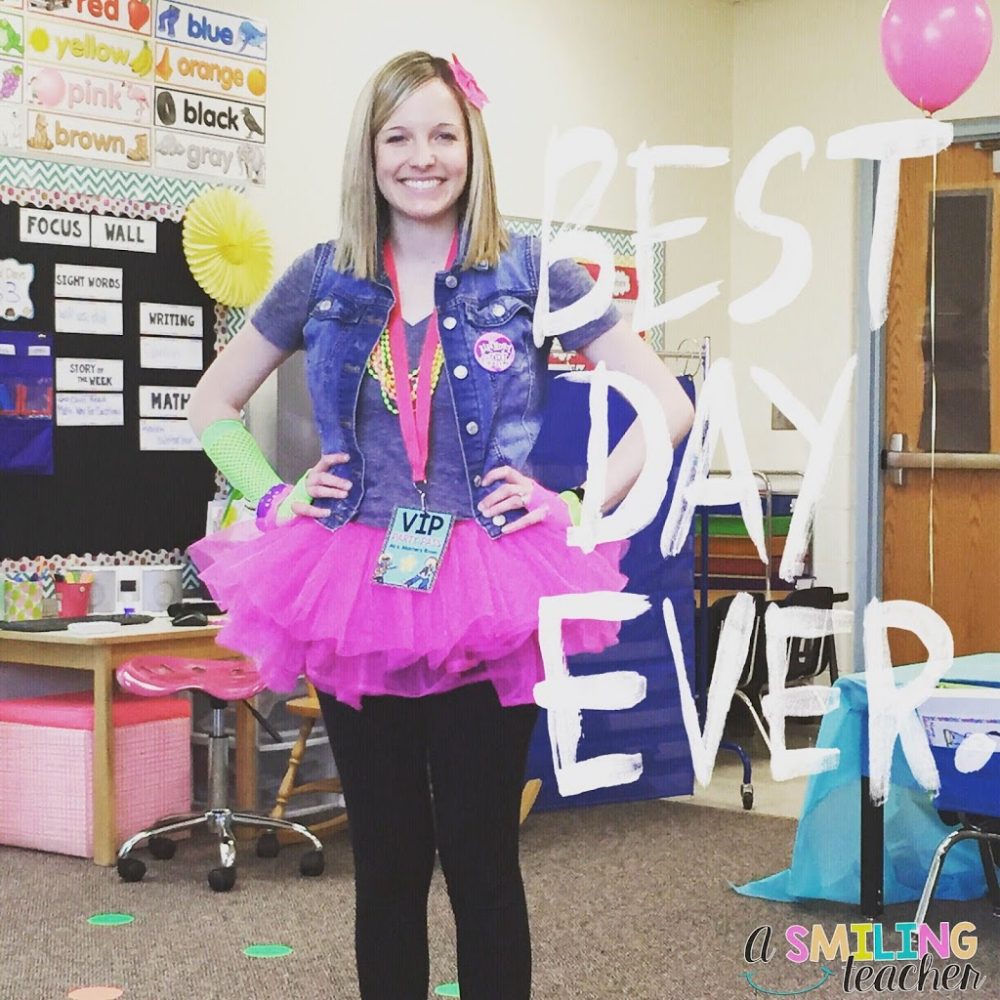 Ummm Yes, I did…again.
And it was amazing. Again.
I love birthdays.
Kindergarteners love birthdays.
Why wouldn’t you throw yourself a birthday?!
It all began last year…
The month of March rolled around and we started talking about March birthdays. I shared that my birthday was during the month, and a little girl ever so sweetly asked, “Mrs. Masters, can we come to your birthday party?!”
I mean how could I say no?
Operation birthday party was underway.
This year was the second annual Mrs. Masters B-Day Celebration and I knew I wanted it be be even better than last year!
A common phrase I use in our classroom is, “oh wow, you’re ROCKIN’ it today!!” I mean I use “ROCKIN'” for everything, so it only made sense to have a ROCKSTAR themed party this year! 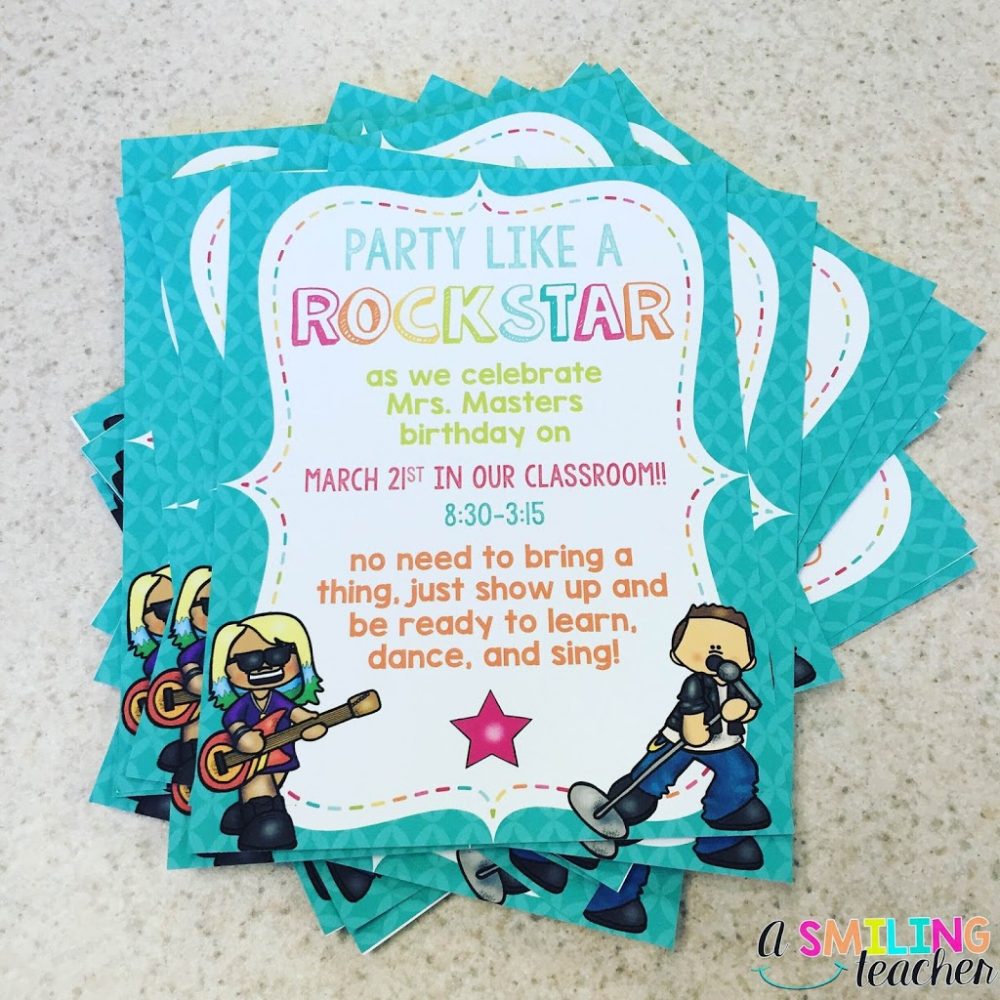 I sent these invitations home with my kids on Friday so that they could get excited ALL weekend long!

I spent my weekend preparing all of the favors and games for the festivities!
I am so fortunate that Mr. Masters took the day off to help with the classroom setup and spend the day with my students and I!
He is simply the best! 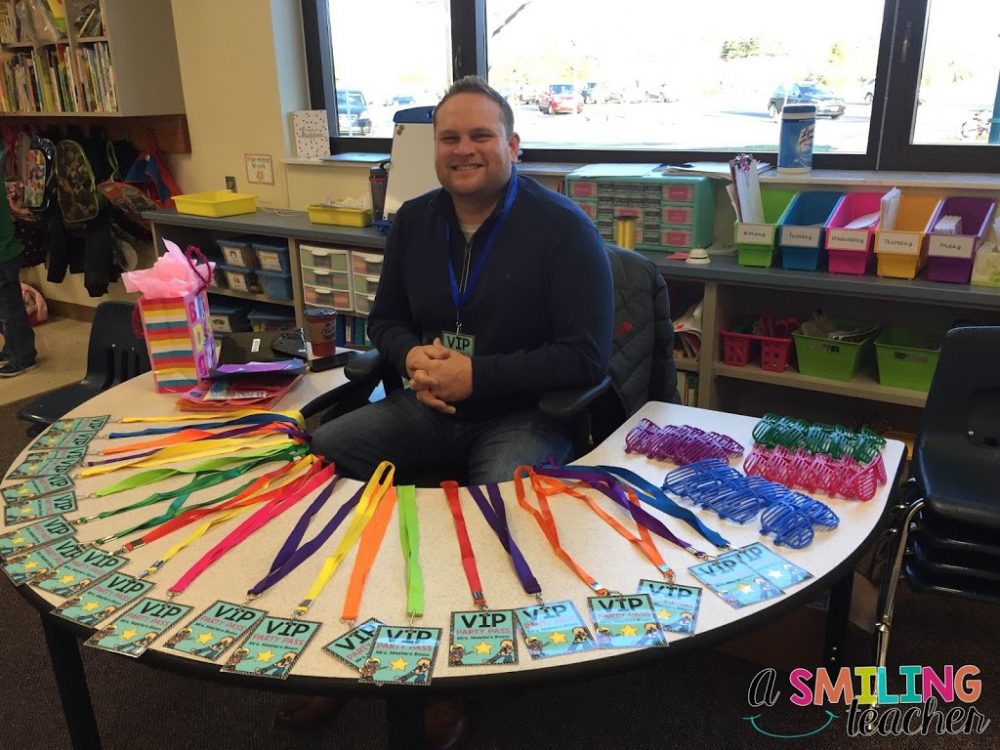 We arrived at school early to get the balloons blown up, streamers hung, table decorated and the favors out and ready. 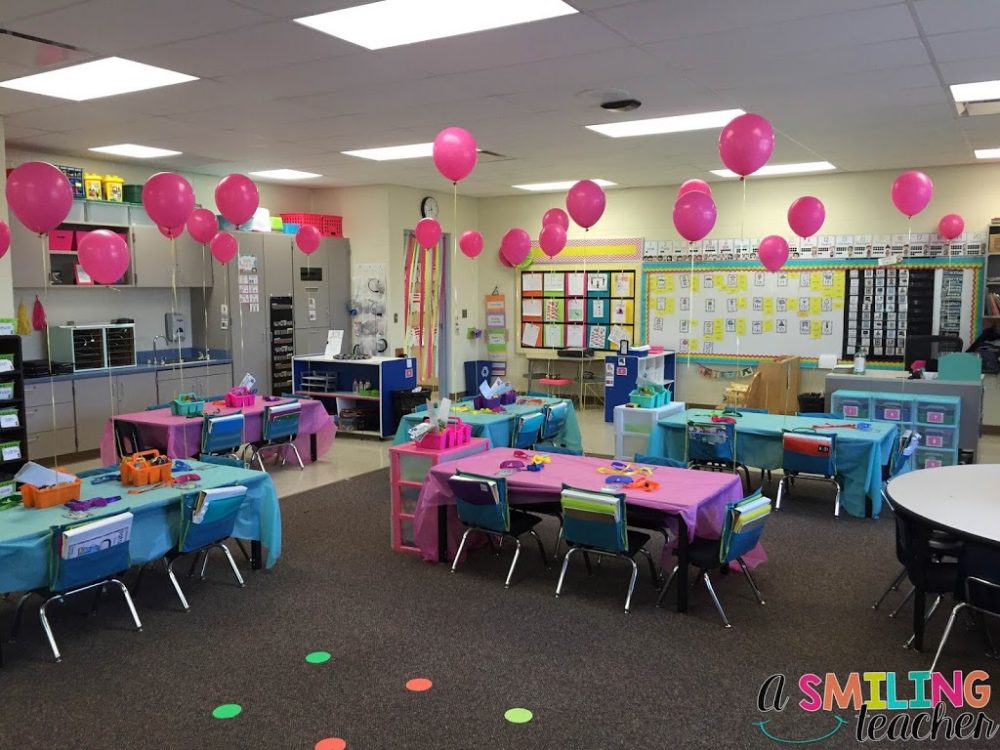 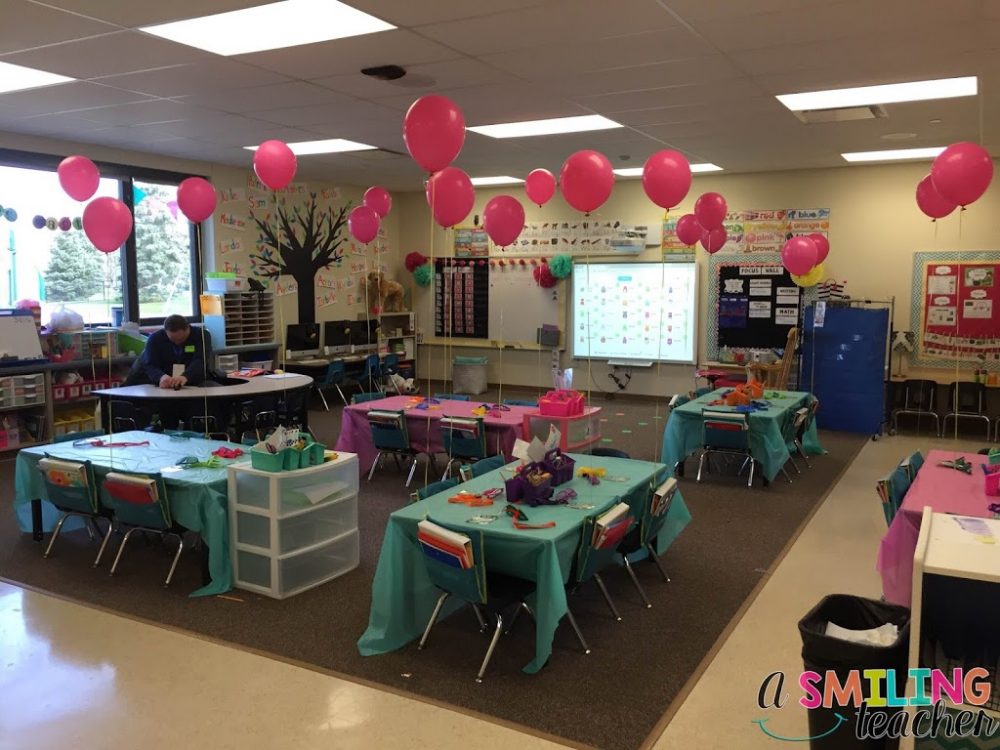 I mean does that not just scream pure happiness?! 🙂 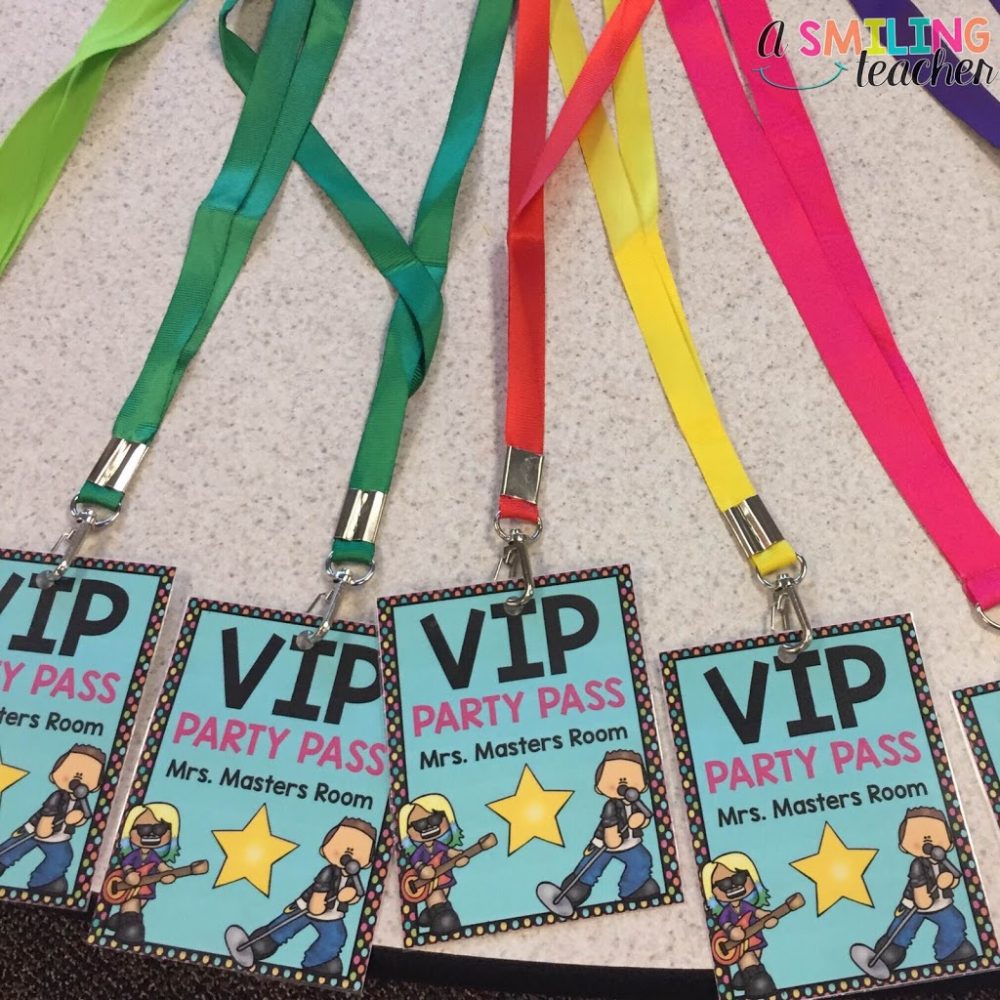 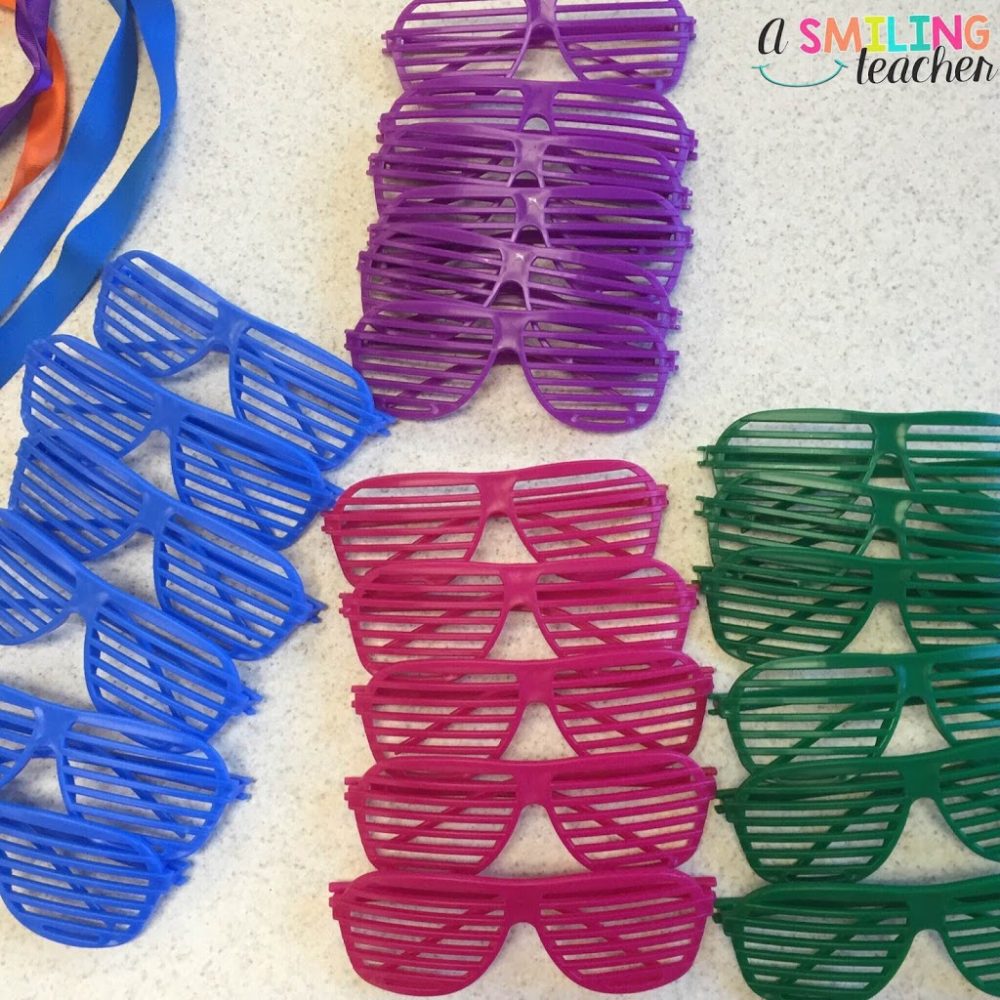 I knew the day was going to be a little different, so I felt that it was important to “somewhat” maintain our routine to keep things from getting too cray-cray!
During our morning meeting I handed out the VIP passes and sunglasses so that students could enjoy them during their literacy stations.
I mean everyone knows that stations are way cooler when you’re a rockstar! 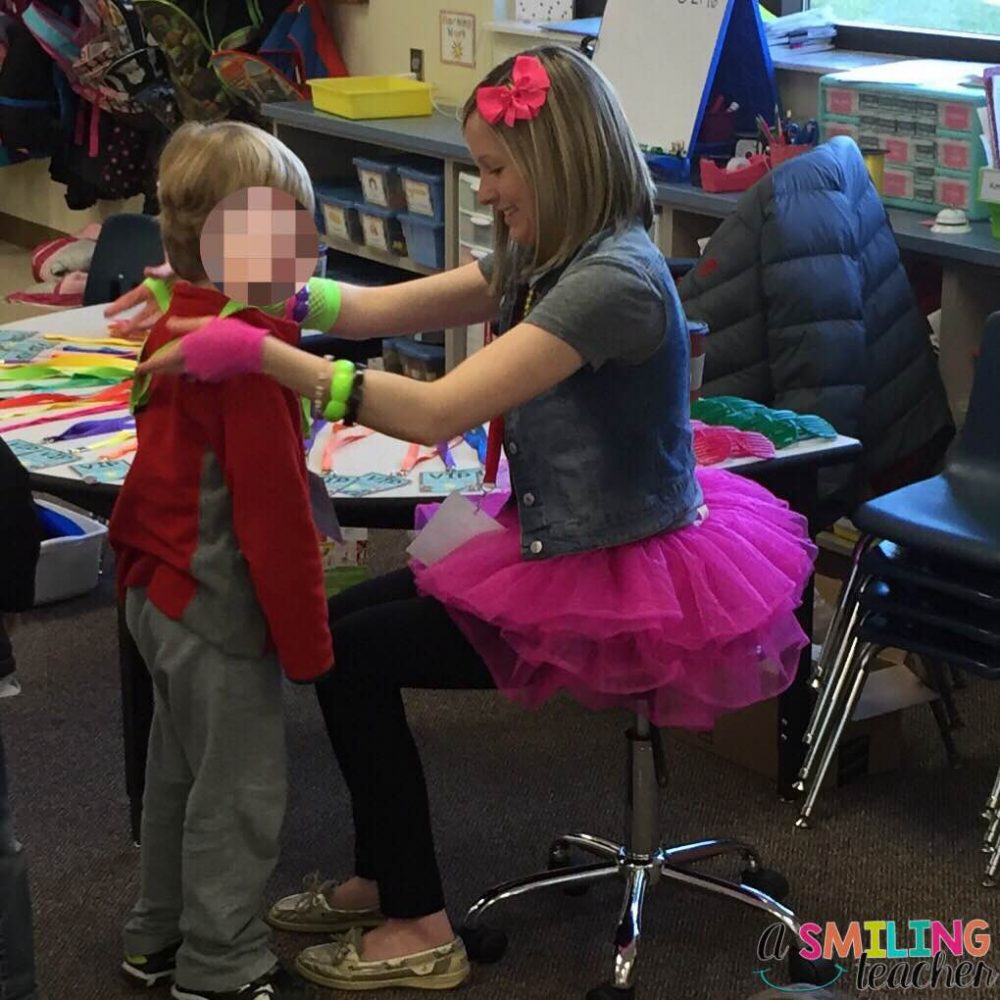 My students chose which color lanyard and sunglasses they wanted but knew that if one color ran out they would have to pick another.

We conducted our regular literacy station in the morning except that Mr. Masters ran our “project” station. He helped students decorate their microphones!! 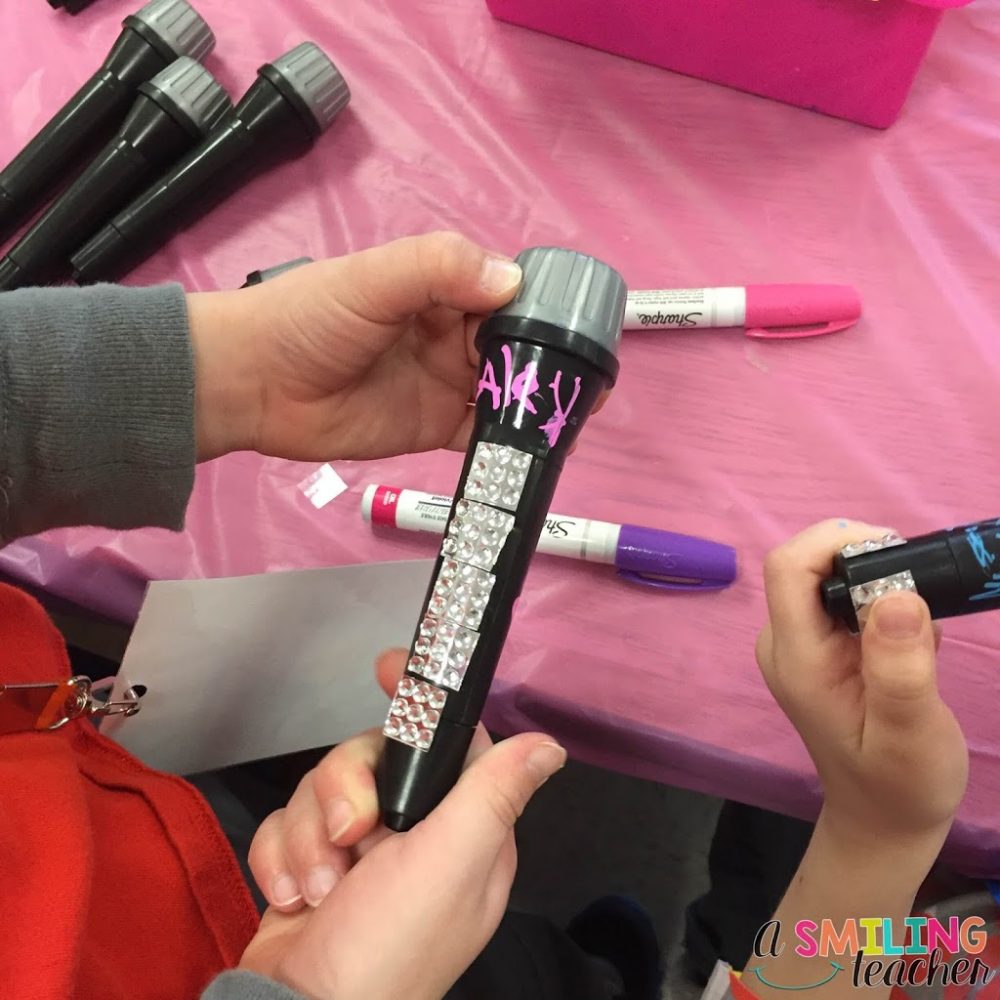 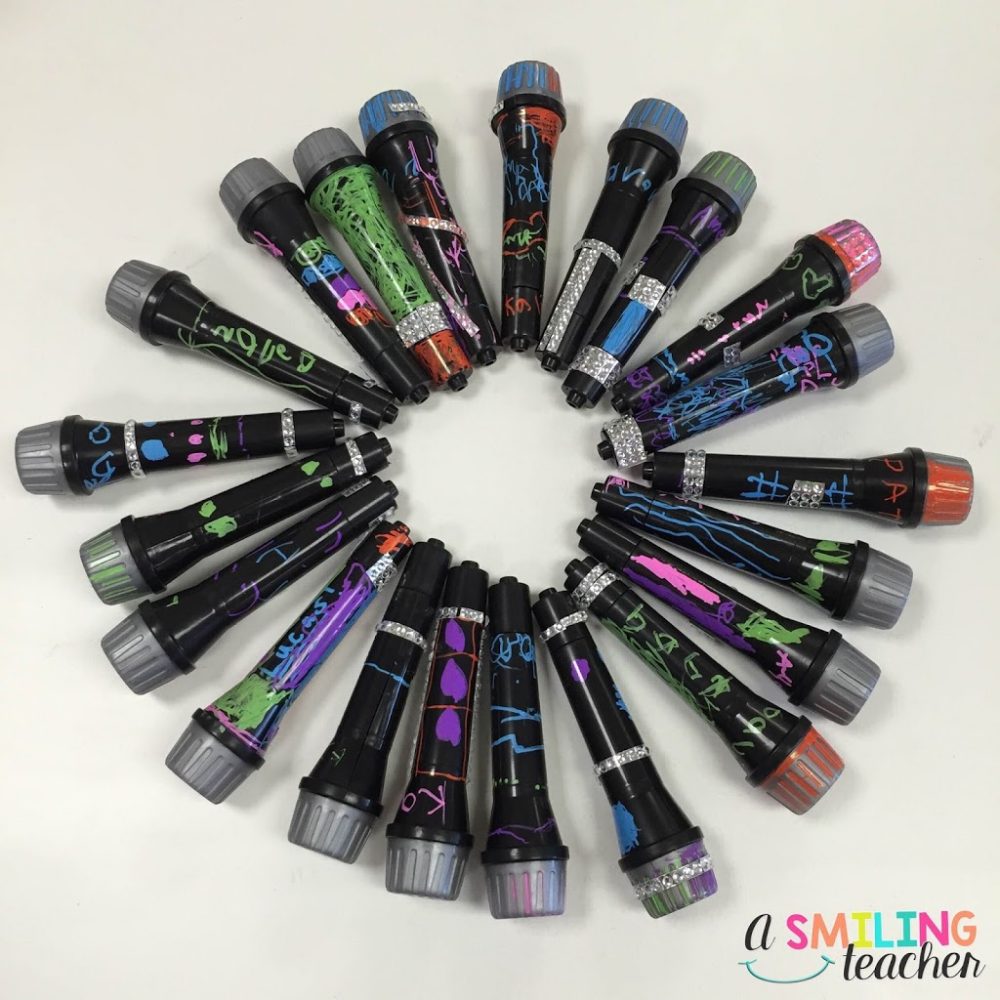 I LOVE how these turned out!

After lunch and recess we played some fun, yet educational games! We began by playing musical chairs. I began by placing 15 chairs on the carpet.  This meant that several friends were going to be “out” very quickly. Every time we removed some chairs, we had to write the number sentence to match. 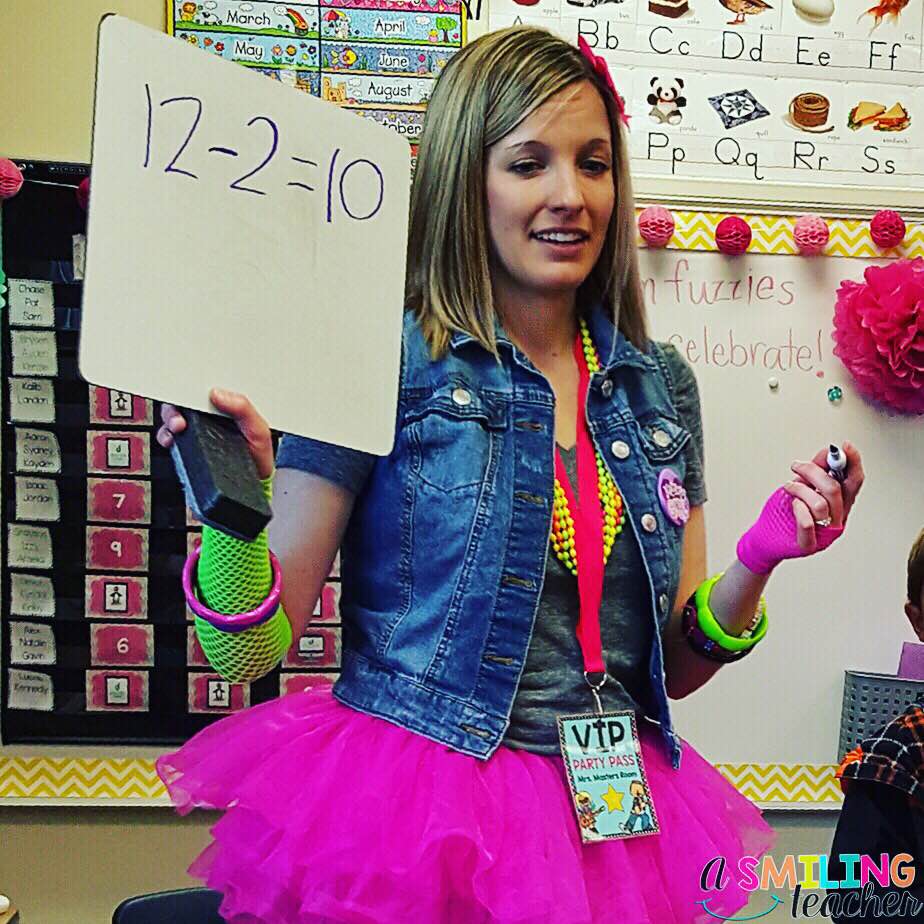 This was a great way for us to practice our subtraction skills. The students who were out of the game wrote the number sentences on their white boards and cheered on their peers!

We’ve talked about sportsmanship quite a few times, so I was happy to see that it carried over to the game. 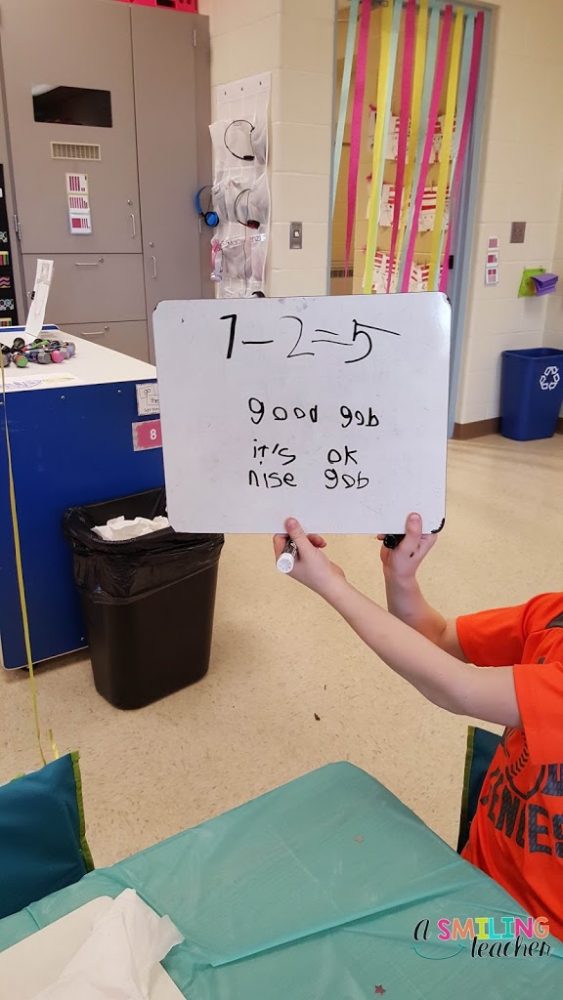 After a couple of rounds of musical chairs, we moved into the egg and spoon game. I chose this game because it easy prep, fun and I knew I could put a learning twist on easily!
Oh and because it’s almost Easter! 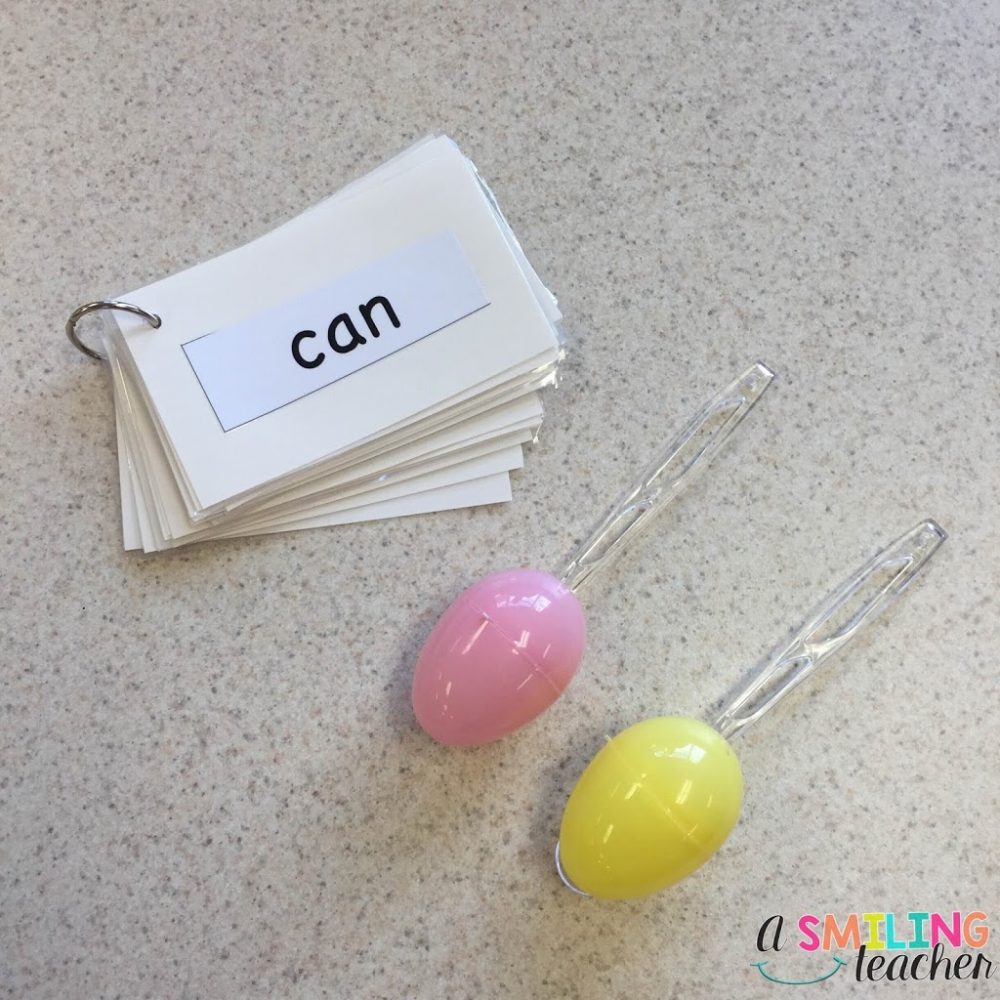 I randomly split my students into two teams for a relay type game. Each student had to walk from one side of the room to the other while balancing the egg on the spoon. If they dropped it, they had to return and try again. Once the students reached me, they had to read a sight word and then return to hand off the spoon to the next person in line.
This game was a HIT!! 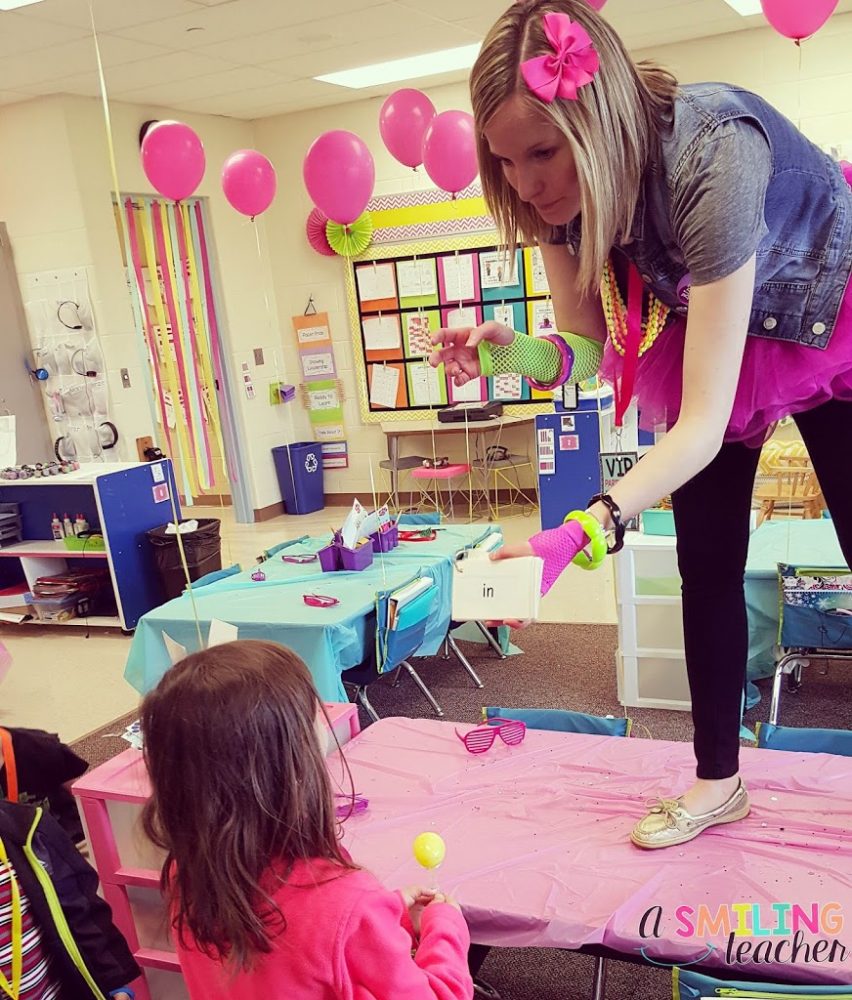 The final “game” was a scavenger hunt!
We had to go around the school and solve the secret message to find out what our last BIG surprise was going to be. 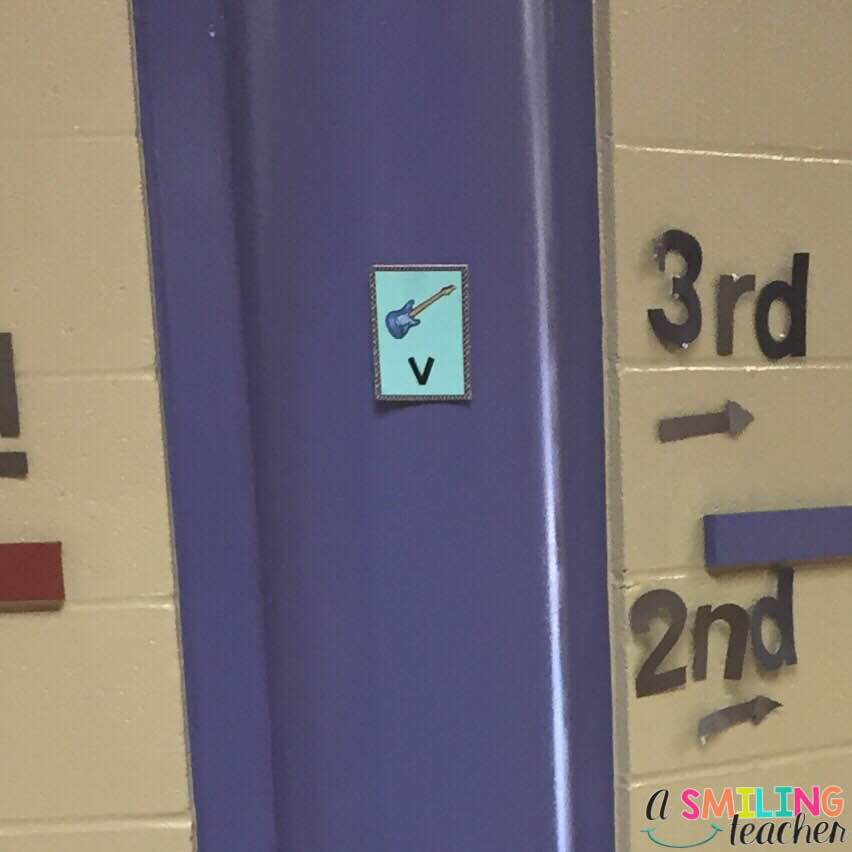 Students had a recording sheet that had all of the pictures and they had to write the letters in the correct space to figure out the message.
They LOVED walking through the school with their VIP passes and shades 🙂 and of course finding the letters too! 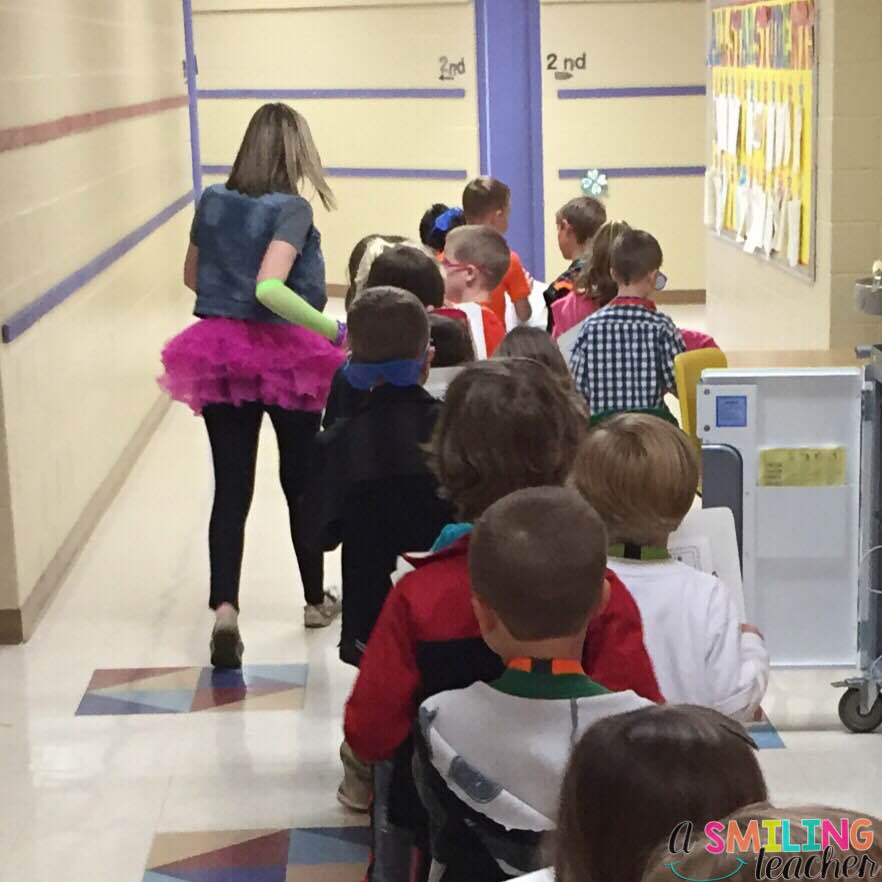 Obviously, I had a great time too!!

The excitement when they were starting to figure out the message was just priceless! 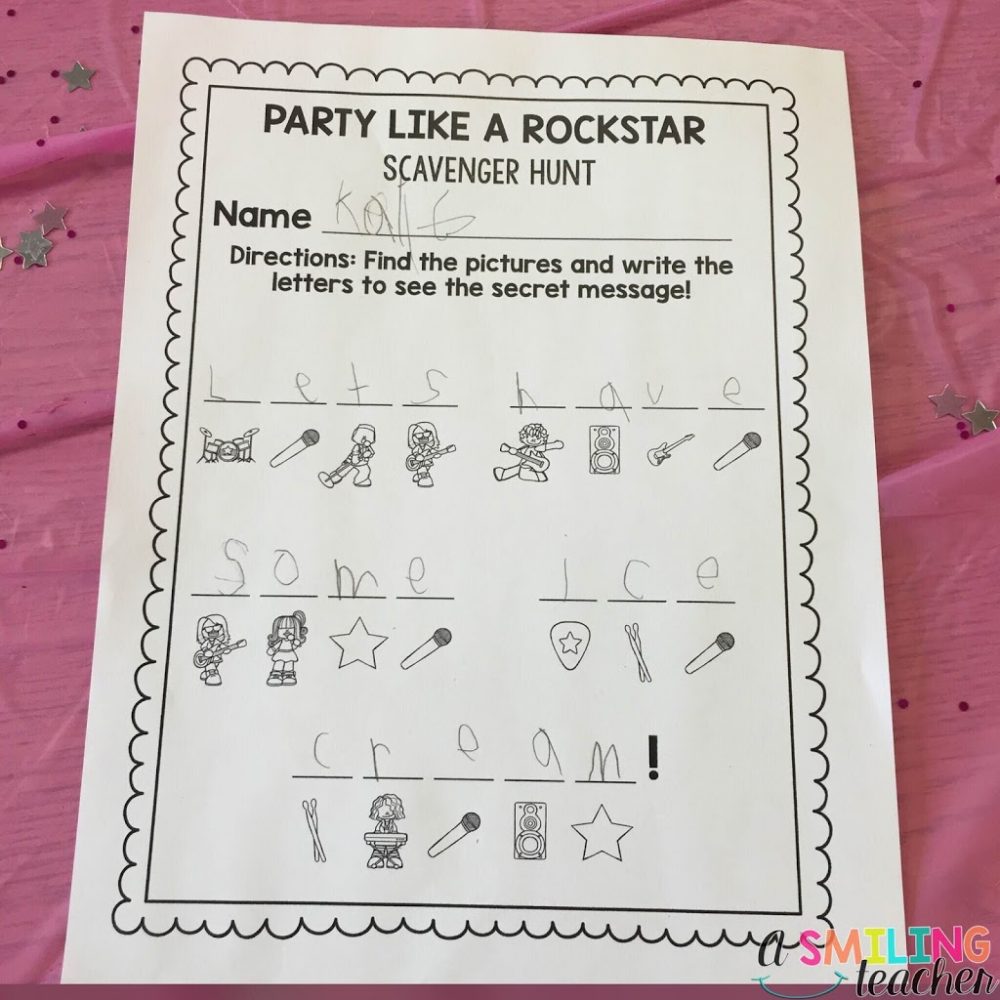 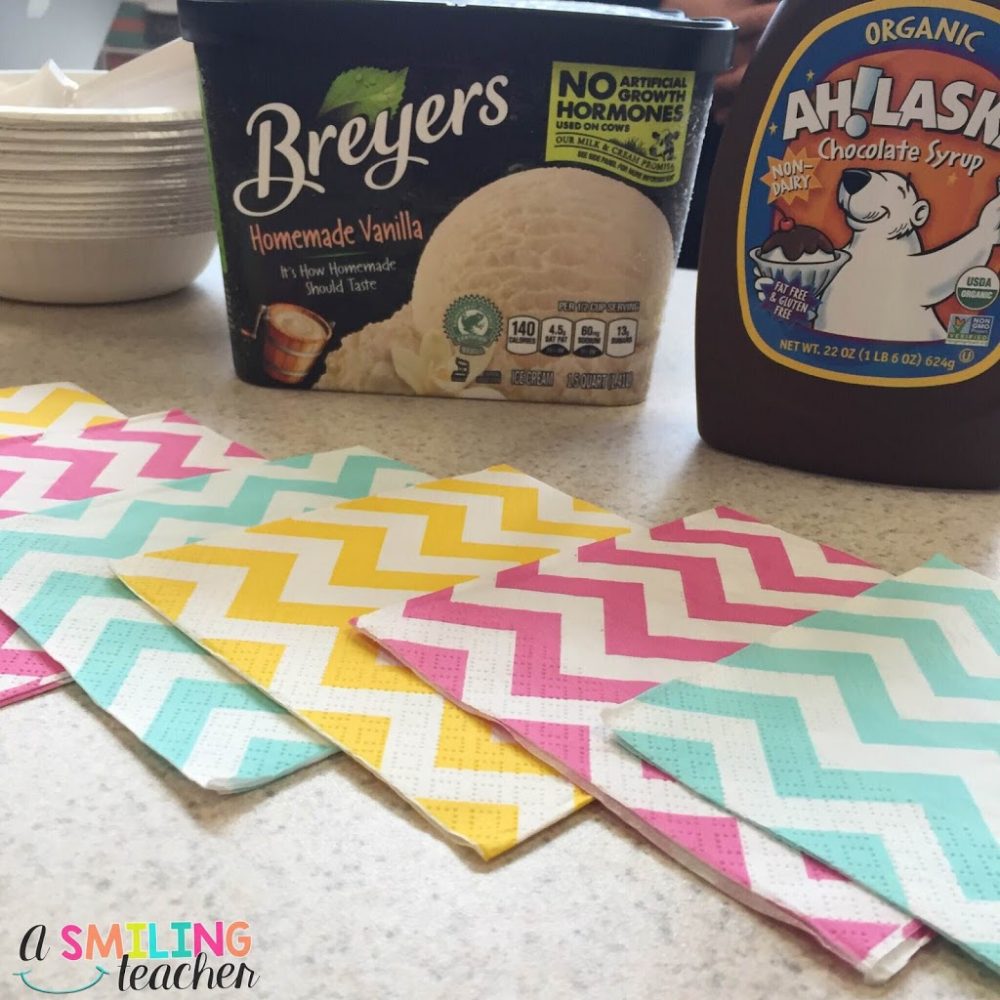 Mr. Masters read us a story after our sugar rush 🙂
He’s an old pro now! 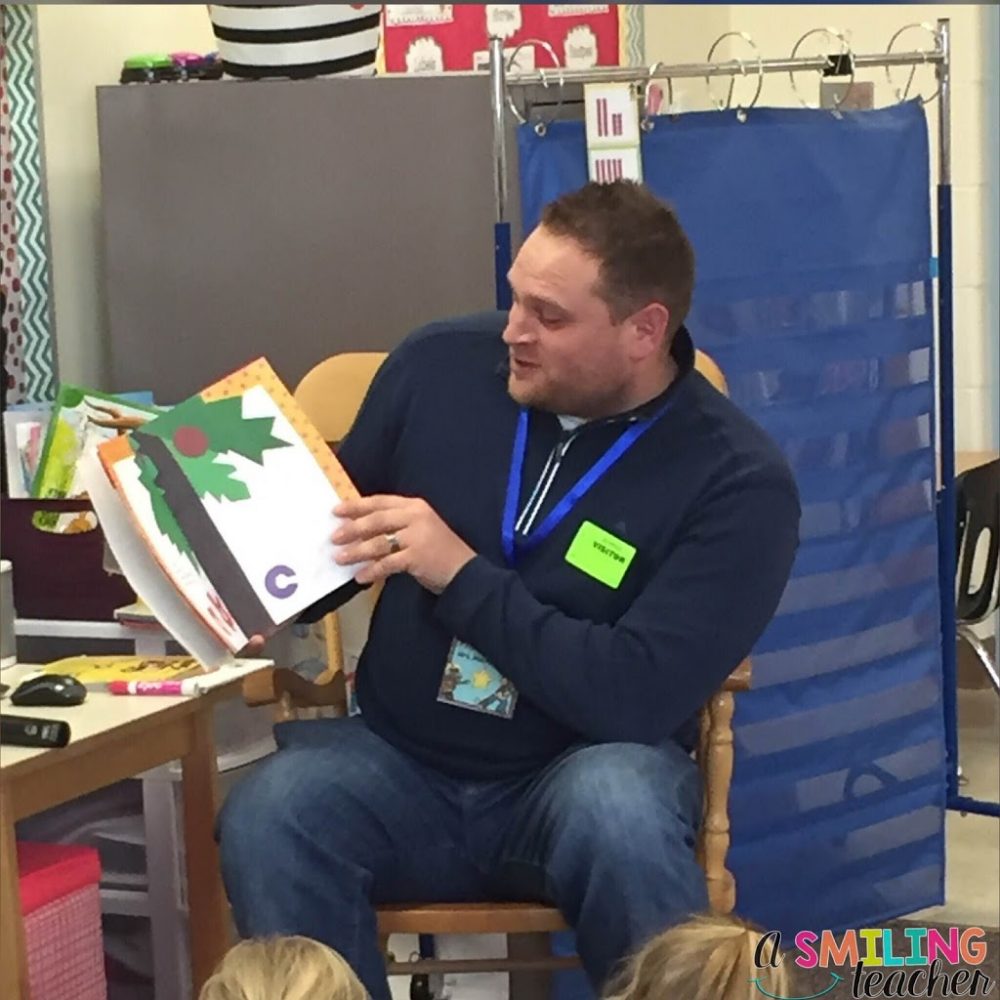 We also spent some time just rocking out with our new microphones
to some of our favorite Kidz Bop songs!

We wrapped up the day with a little bit of writing about our favorite part of the day! 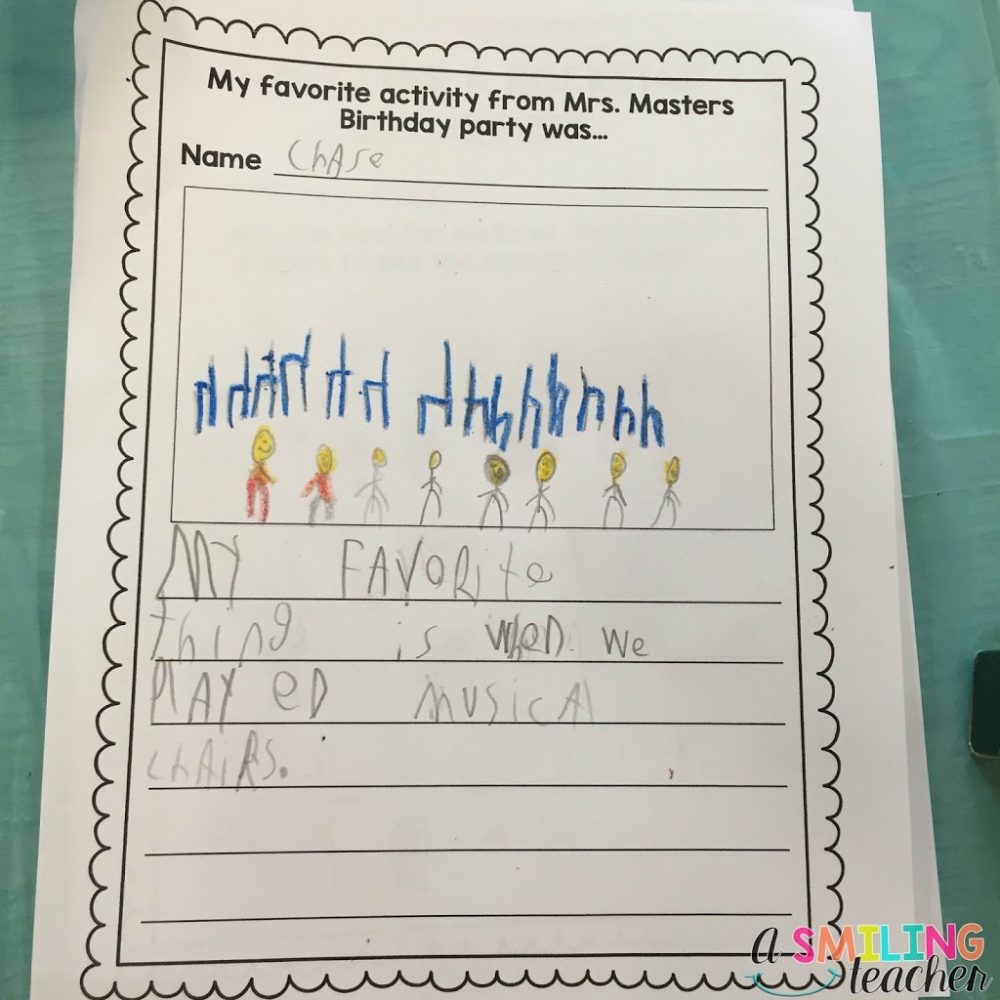 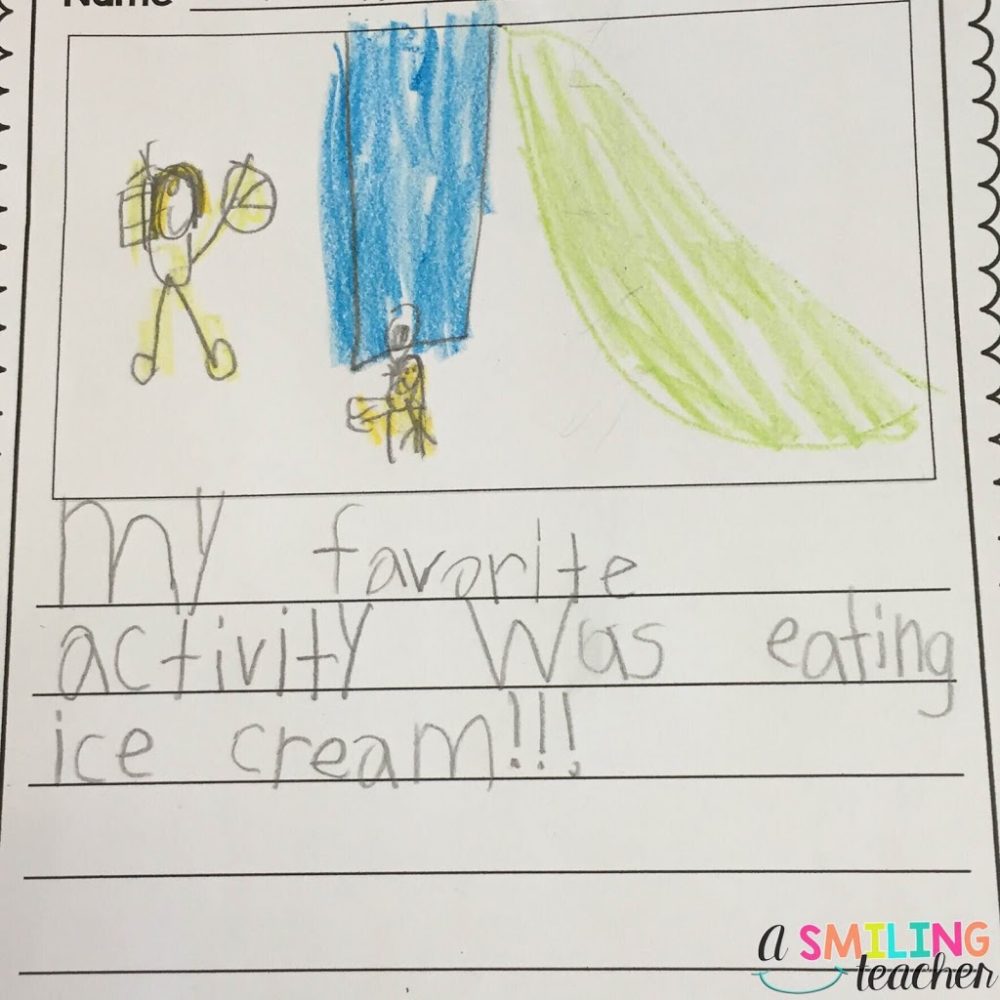 We had such a great day together! The BEST part of the day was just seeing the excitement and joy in my students! My hope is that this day becomes a school memory that they never forget!

After all, school is cool!

If you want to throw your own Rockstar birthday party, pick up the editable
party pack in my TPT store! 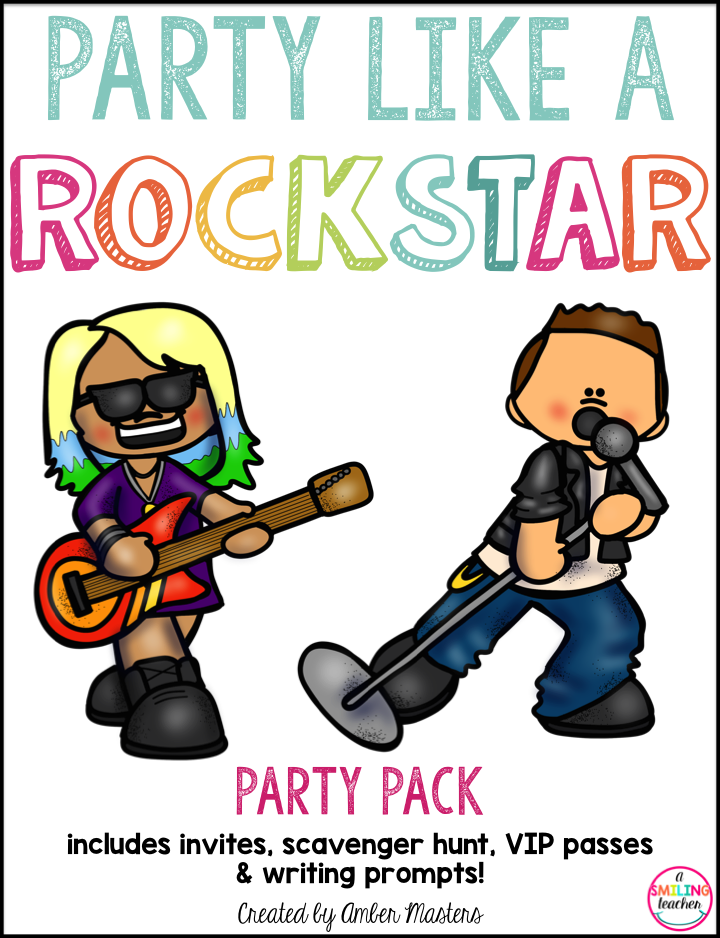 Thanks so much for checking out our special day!
Have an awesome week and don’t forget to BE fabulous! 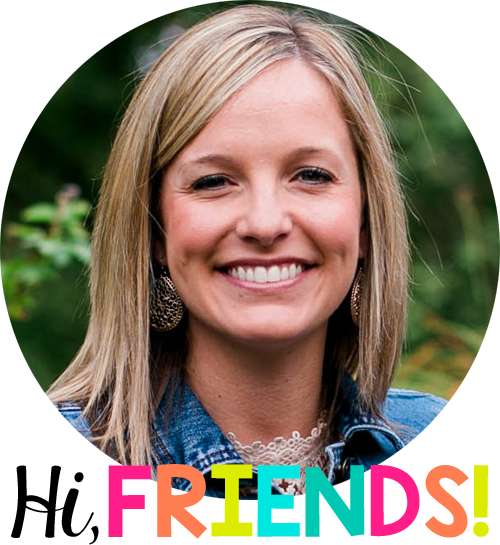 It’s been a special Winter Break for our family!

Being her mama is my favorite! 🥰 Her smile is i

🥰 🏈 Making all of my matching Mommy /Daughte

We had so much fun visiting @groovyplantsranch tod

🍎 Year 11 in Kindergarten! Today was such a gre